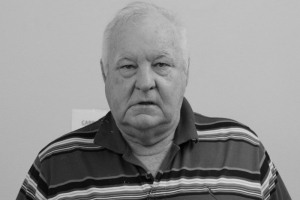 Sadly one of the Australian Military Community's greatest Champions passed away January 31 2015.

He remains with us in spirit and in our thoughts.

Tim McCombe headed to Vietnam in 1967, a 23 year old rifleman about to face the atrocities of war. His experiences have left scars both physical and psychological but that hasn't stopped Tim lending a hand to other veterans and current soldiers.

Tim McCombe was the president of the Vietnam Veterans Federation Australia (VVFA). The VVFA is designed to support Vietnam veterans and work with those returning from current and recent deployments.

Tim saw many of his mates die in Vietnam. His worst experience of the war was the loss of his best friend. Five months into Vietnam, Tim was by severely injured by a mine. He returned home with other victims on a Hercules transport plane and was taken straight to hospital. He was there for over 12 months, followed by 18 months of rehabilitation.

The years that followed were not easy. "It took the stuffing out of me," Tim explained.

He joined the VVFA after hitting a low point. He was drinking heavily and going through significant personal issues. A former association president and good friend suggested that he volunteer a few days a week. This slowly became a full-time commitment.

"[It] gives a bit of meaning to life," Terry said.

"We were up against it, they were a good enemy and it was difficult for us from the start," Tim said. "Australian troops performed very well, and personally I believe I performed well too."

Part of the VVFA's role is to help current troops in Afghanistan and Iraq. Tim seen the men coming back with the same issues, same physical problems and same psychological damage. "It is just history repeating itself," Tim said.