Warrant Officer Class One John Stonebridge was born in Sydney in 1964. He joined the Australian Regular Army in June 1981 and on completion of Recruit Training, was allocated to the Infantry Corp and posted to the 10th Independent Rifle Company (10IRC) Canungra. 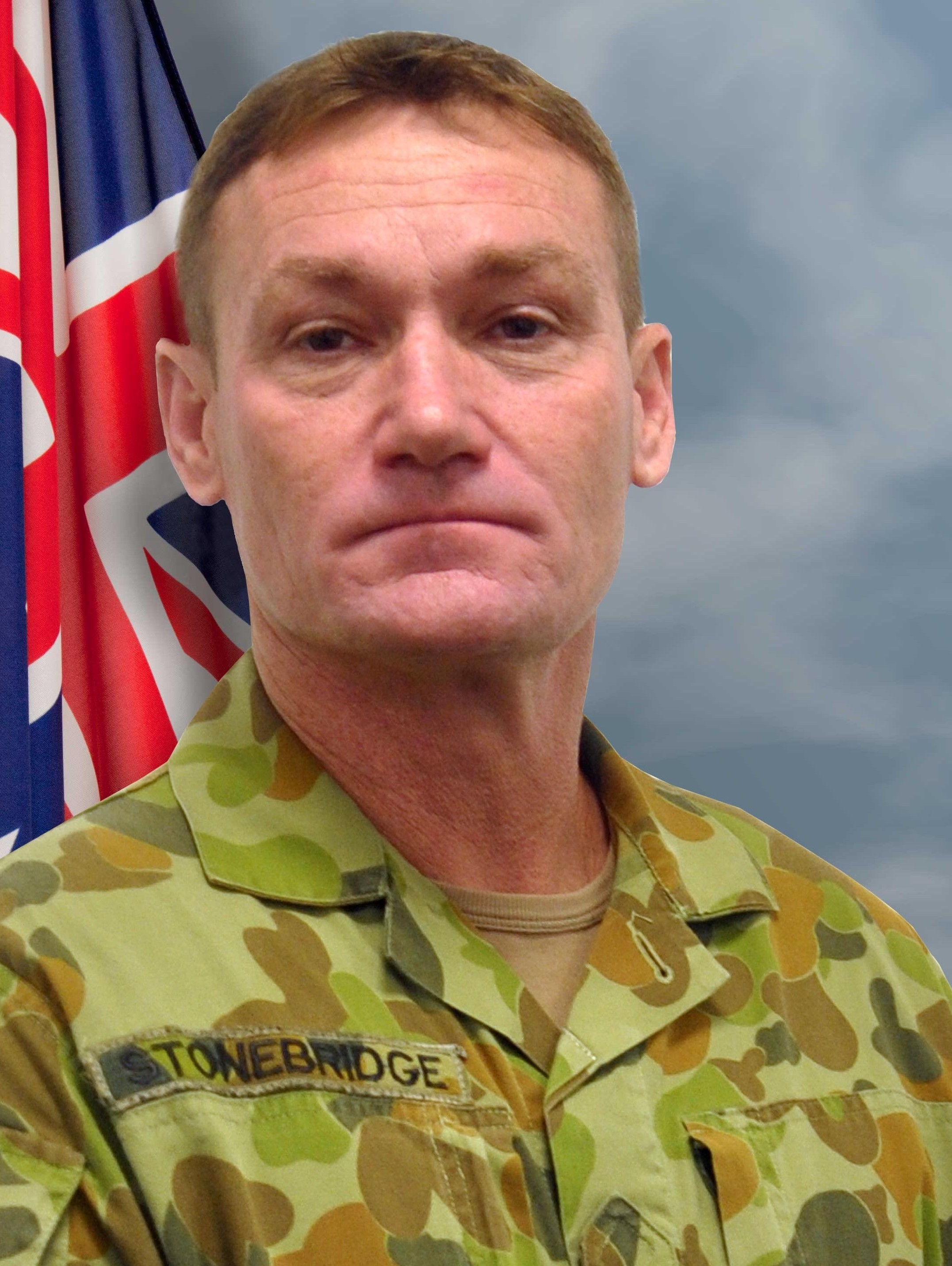 On 10 Dec 1982, he was posted to the 3rd Battalion, The Royal Australian Regiment (3RAR) where he served from Private to Sergeant in both Rifle Company and Support Company.

In 1997 he was posted to the School of Infantry as the Anti Armour Instructor in Specialist Wing and served there for 3 years before being posted to 16th Battalion, The Royal Western Australia Regiment as the OPS SGT and Mortar SGT.

In 2001, he was posted back to the 3rd Battalion the Royal Australian Regiment as Company Sergeant Major (CSM) of Bravo Company for two years. In 2003, he was posted to HQ 13 BDE as the Brigade Training Warrant Officer and from there was selected for a 2 year exchange posting to the Officer Cadet School, New Zealand (OCS NZ) as the Sergeant Major of the Corp of Officer Cadets. He was subsequently promoted to Warrant Officer Class One and posted to 12th/40th Battalion, The Royal Tasmania Regiment on 21 Jan 2008, RSM 1st Battalion, The Royal Australian Regiment on 16 January 2011 to Dec 2013 and RSM School of Infantry from Jan 2014 to Dec 2016, Warrant Officer Stonebridge will take up his next appointment as RSM 8th Bde from 16 Jan 2017.

He has an adult daughter Tiani from a previous marriage and is now married to Kendell and has a young daughter Lillybeth.  He enjoys all types of sports and a quite family life.

With over 35 years of serving in the Australian Regular Army, Warrant Officer Stonebridge understands the hopes, dreams and frustrations of being a serving member, but also seeing what his/ her career imposes on the spouse/partner and other family members due to multiple postings, operations and training commitments that takes the member away for long periods of time, having such an organization such as AFOM, gives a voice to defense members but more so for the serving members spouse/partner and family to be heard.