Based on our submission to the Senate Inquiry into the Mental Health of ADF serving personnel, we were invited by the Secretary of the Senate Foreign Affairs, Defence, and Trade References Committee to appear at its public hearing on Monday 31 August 2015 in Canberra.

The report for this Inquiry was released on the 17th March 2016. 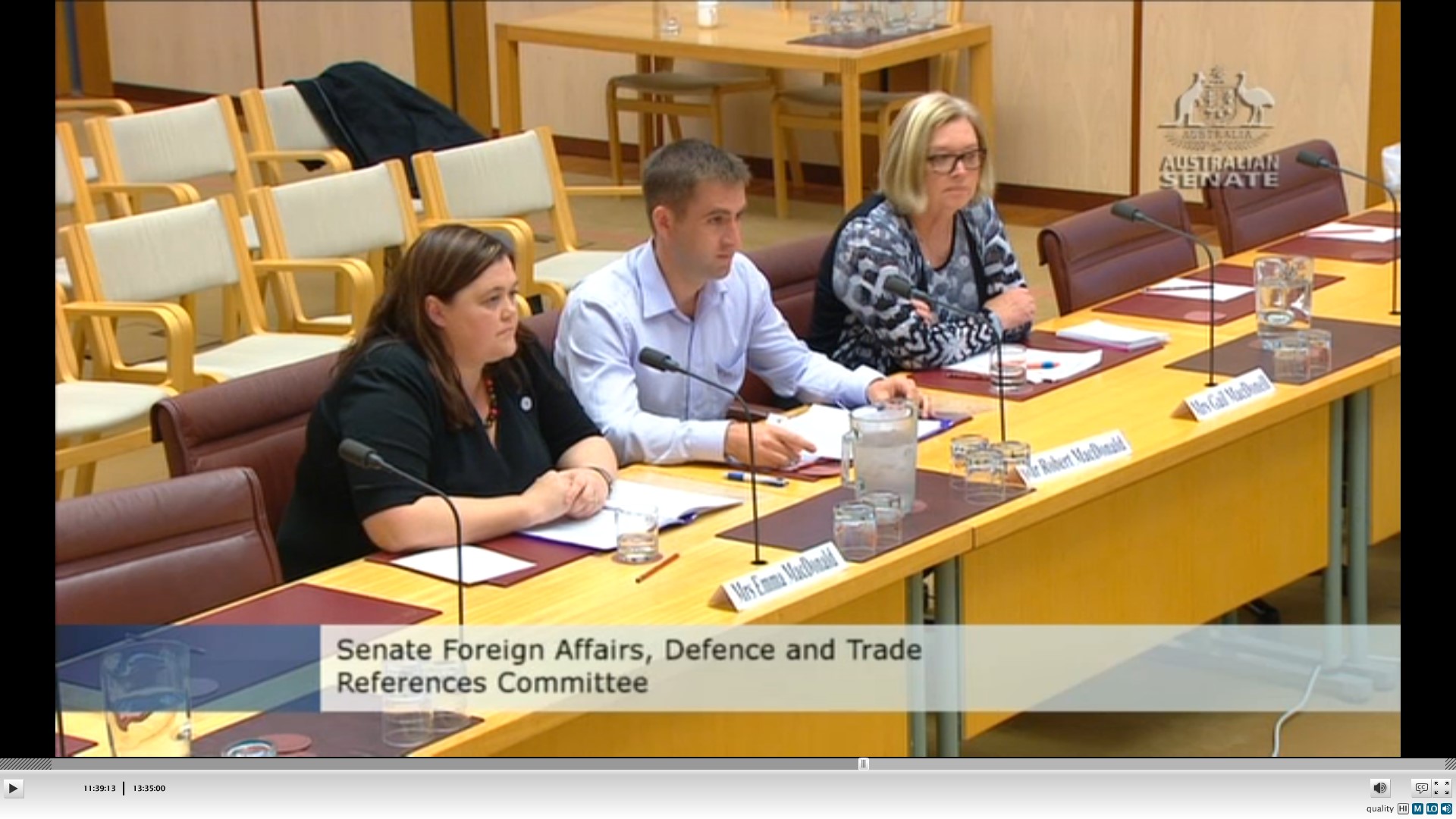