The importance of treating Sleep Apnoea 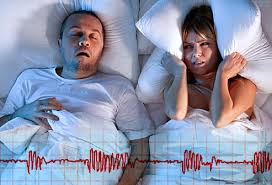 Treating sleep apnea might lead to more than a better night's sleep. It can also reduce blood pressure and other threats to heart health, two new studies show.

Sleep apnea is a common disorder in which the airways constrict during sleep, leading to repeated stops and starts in breathing. The telltale signs include chronic loud snoring, with periodic gasps or choking -- and, for many people, daytime drowsiness because of poor sleep.

But the effects go beyond fatigue. Studies suggest those pauses in breathing stress the nervous system, boosting blood pressure and inflammation in the arteries.

What's more, people with sleep apnea appear to be at increased risk of heart attack and stroke.

But the new studies, reported June 12 in the New England Journal of Medicine, turned up some good news. The most common treatment for sleep apnea -- continuous positive airway pressure (CPAP) -- can curb high blood pressure in people with existing heart disease, one study showed.

And for obese people, shedding some weight appears to lower blood fats and other heart disease risks, the other study concluded.

"Sleep apnea is quite common, but it often goes undiagnosed," said Dr. Daniel Gottlieb, a sleep specialist at Brigham and Women's Hospital in Boston, who led one of the studies.

For their study, Gottlieb and his team recruited 318 patients who had sleep apnea, plus heart disease or multiple risk factors for it, including high blood pressure, high cholesterol and diabetes.

The patients were randomly assigned to one of three treatments: education on good sleep habits, or either supplemental oxygen or a CPAP machine to be used at night.

CPAP is the treatment of choice for sleep apnea. The device comes with a mask that covers the mouth and nose, sending pressurized air into the throat. That keeps the throat structures from constricting and cutting off oxygen, but it can also be unpleasant.

"People who can't tolerate CPAP can get supplemental oxygen as a 'salvage' therapy," Gottlieb said. "That's easier to manage, because it's just a nasal cannula [flexible tube under the nose], and the air isn't pressurized."

But it's less effective for lowering blood pressure, Gottlieb's team found. Over 12 weeks, CPAP patients' blood pressure dipped by an average of 2 to 3 points compared with the other two groups.

That might not sound like a big difference. "But with high blood pressure, we say that every [point] matters," said Dr. Sripal Bangalore, a cardiologist at NYU Langone Medical Center in New York City.

Plus, the patients in this study already had their blood pressure under control through medication, said Bangalore, who was not involved in the study.

"You can imagine that in patients with uncontrolled [high blood pressure], there'd be a more significant effect of CPAP," he said.

Bangalore agreed that CPAP devices can be tough to use. But he suggested that before giving up, people talk with their doctor about ways to make the therapy easier -- by switching the type of mask, for instance, or adjusting the pressure on the device.

In the second study, researchers focused on 181 obese adults with sleep apnea, randomly assigning them to six months of CPAP, weight-loss counseling or both.

In the end, all three groups saw their blood pressure decline, and the combination of weight loss and CPAP worked best.

But it was patients' weight loss -- which averaged about 15 pounds -- that made a difference in other ways. Patients in both weight-loss groups showed a decline in "bad" LDL cholesterol, triglycerides (another blood fat) and C-reactive protein -- a marker of inflammation in the blood vessels.

The results suggest that while CPAP can help cut blood pressure, it's not effective for those other heart risk factors, said lead researcher Dr. Julio Chirinos, of the University of Pennsylvania in Philadelphia.

So for obese patients with sleep apnea, weight loss should be a "central component" of therapy, Chirinos said in a university news release.