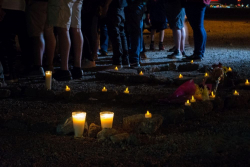 Terrorism is a crime from which the families of the victims may never recover. A recent study examines the grieving process in depth.

In a recent study, Pål Kristensen, PhD at the Centre for Crisis Psychology at the University of Bergen in Norway and colleagues examined the parents and siblings of the victims of the 2011 terrorism attacks in Norway as they went through the grieving process.1 They found nearly 80% of the study participants had a high level of grief and experienced a slow recovery, if any recovery at all.

“The terror attack in 2011 was a huge national tragedy that affected all of us deeply. Still,

we needed to learn about the long-term mental health effects and how we could help those who were affected the most—the bereaved,” Kristensen said to the press.2

In the aforementioned attack, a far-right Norwegian-born terrorist used a car bomb explosion to kill 8 people in Oslo, then shot and killed 69 people on Utøya Island. Researchers reached out to the family members of these victims; of the 208 contacted, nearly 60% responded.

According to the study, families of terrorist victims are at high risk of developing Prolonged Grief Disorder (PGD). PGD is an ailment marked by an intense longing for the deceased, so consistent and severe that it negatively affects daily life.